Recently, researcher Prof. Li Songhai from the Institute of Deep-Sea Science and Engineering of the Chinese Academy of Sciences published a letter article titled “Humpback dolphins at risk of extinction” in the journal Science, proposing that Chinese white dolphins and other dolphins are at risk of extinction, and drawing attention to the existential threat of these animals.

The Chinese white dolphins are respected as “Mazu fish” by fishermen in Fujian and Guangdong. Due to their rarity, they are also known as “water giant pandas”. In 1997, they were selected as the mascot of Hong Kong’s return to the motherland.

A significant characteristic of the Chinese white dolphin is that its body color will change with age, from the initial dark gray to the old gray.

It is noteworthy that the adult Chinese white dolphin we usually see in the sea is pink, not its own color, but formed by congestion of blood vessels under the skin after strenuous exercise, which is related to regulating body temperature.

The Chinese white dolphin has small eyes and poor vision. Their predation in the water, avoiding obstacles and communicating with each other mainly rely on echolocation systems.

There is an air sac under the nostril, which makes sound by the opening and closing of nasal congestion.

This kind of sound line is concentrated in a special organ composed of fat on the forehead bulge, and it is emitted at a certain frequency.

When the sound hits different objects, it reflects different frequency signals received by a groove made of fat in the dolphin’s lower palate and transferred to the inner ear for positioning.

The reproductive ability of Chinese white dolphins is relatively weak. Their lifespan is generally 30-40 years, and they reach sexual maturity at 3 to 5 years old.

The gestation period is 10-11 months. Each adult can only give birth to one cub, and this is why it is so scarce.

Although humans and Chinese white dolphins belong to class Mammalia, the baby dolphins are born in the opposite direction of ours.

The lactation period is about 11 to 20 months. The mother and the baby are inseparable throughout the breastfeeding process.

The Chinese white dolphins are not unique to China. They are mainly distributed from the Pacific Ocean to the Indian Ocean and the coasts of Southeast Asia, extending north to the southeast coast of China.

It is estimated that the total number is about 6000. China is the most critical habitat of the Chinese white dolphins in the world. The quantity is approximately 4000-5000 heads.

In the eastern seas, the seas near Sanya in Hainan province, and the Beibu Gulf of Guangxi, the Pearl River Estuary waters (including Hong Kong and Macao) have the largest number, exceeding 2,000 individuals.

As the flagship animal in the coastal and coastal waters, the Chinese white dolphin has irreplaceable ecological and conservation biological value.

In recent years, they have been threatened by many aspects such as accidental fishery catch, ship collision, habitat destruction, environmental pollution, food shortage, and underwater noise; hence they are facing the risk of extinction.

In 2008, it was listed in the “International Union for Conservation of Nature”. IUCN was upgraded from “Data Deficient” to “Near Threaten”, among which Taiwan’s west coast population was listed as “Critically Endangered”.

Formulate and implement relevant protection plans and plans: In 2017, the Ministry of Agriculture organized and compiled the “Chinese White Dolphin Conservation Action Plan (2017-2026)”.

The Chinese white dolphin is a friend of mankind. To protect these amazing creatures their ecological environment should be protected first.

It is required to enhance public awareness of protection and call on the public to actively participate in the conservation of Chinese white dolphins. Start caring for these sea creatures to build a beautiful world where man and nature are intertwined in harmony. 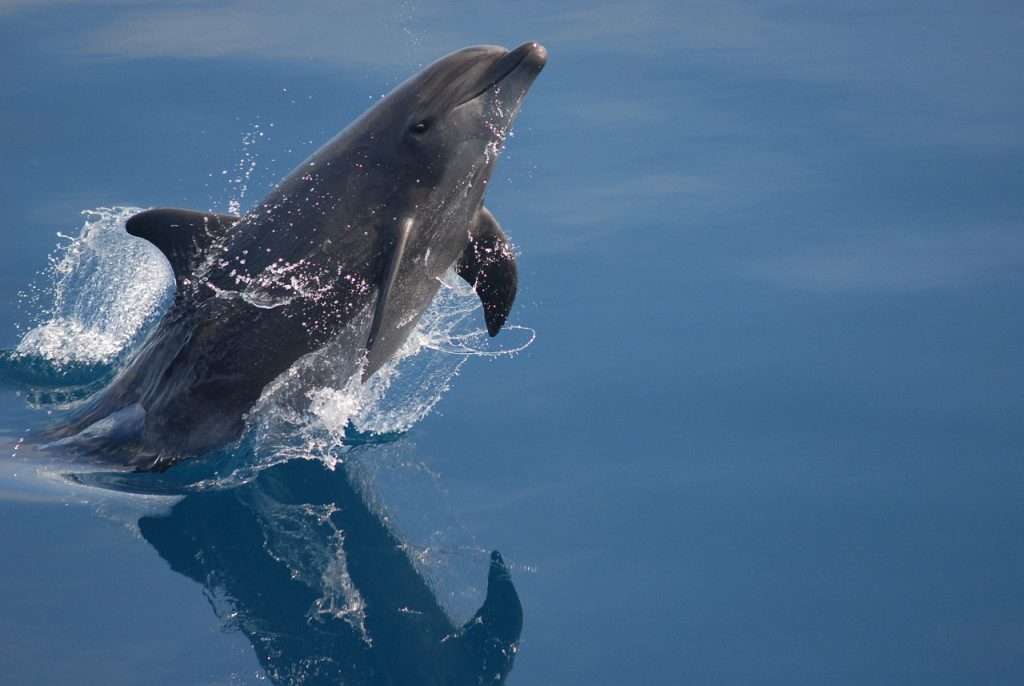 Satellite images show dolphin troops along the coast near Nampo, North Korea. According to USNI…