Major research shows that the earth ecology may collapse one by one in the next 10 years!

According to a new major study, global warming will cause cliff-like “catastrophic” biodiversity loss globally if some greenhouse gas emissions are not reduced, and some ecosystems on the planet may collapse by 2030.

In other words, the earth’s ecosystem may collapse one by one in the next 10 years, and the tropical ocean will bear the brunt.

Researchers in the United Kingdom, the United States, and South Africa have analyzed climate data for more than 150 years by dividing the earth into 100 square kilometers and cross-referencing biological information of more than 30,000 species of birds, mammals, reptiles, and fish.

The results showed that when under the RCP 8.5 model (no reduction in carbon emissions), 73% of the world’s species will be hit by an unprecedented climate crisis, and humans will also face potential disasters.

Alex Pigot of the Center for Biodiversity and Environment at University College London (UCL) said this model shows that once the global temperature crosses the “horizon” threshold.

Most animal populations will be exposed to high heat, and they cannot adapt to the environment through their own evolution.

There is only one final outcome-extinction. Scientists warn that this is not a slow decline, but that it is on the edge of a series of cliffs, and all species on earth will experience the collapse of the population at different times.

The earth has never warmed as fast as it is in human history.

Based on the influence of seasons, geographic location, and other factors, scientists predict that the average temperature of the earth will rise by 4°C by 2100 at the current level of carbon emissions.

The data shows that when global warming reaches 4°C, 15% of the organisms will be strongly unsuitable, which may cause “irreversible damage” to the regional ecosystem.

But when the temperature increase is controlled at 2°C (the upper limit set by the Paris Climate Agreement), this figure drops to 2%.

Researchers predict that this unprecedented temperature crisis will begin to manifest in tropical oceans by 2030.

In recent years, large-scale bleaching incidents in the Pacific, such as the Great Barrier Reef, have shown that this has happened in some places.

By 2050, similar disasters will occur in high latitudes. You know, coral reefs only occupy a very small part of the ocean, but they support a quarter of the creatures in the entire ocean.

Scientists believe that with global warming reaching 2°C, the risk of loss of earth’s cliff-like biodiversity is rising sharply.

Since the industrial revolution, the earth has warmed up by more than 1°C, and the greenhouse gas emissions caused by the burning of fossil fuels are breaking new highs every year.

The United Nations calls for humanity to reduce its emissions by 7.6% annually by 2030 to limit warming to 1.5°C.

The causes of sea-level rise since the 1900s

All the photos of the article are from the Internet and I’m grateful to the original owners for the use of their photographs in this article. If you have any copyright issues, please contact us. 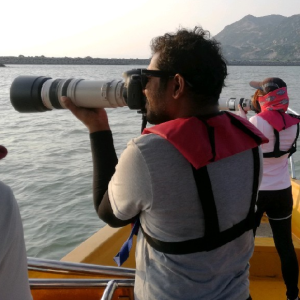 North Korea may have “dolphin troops”

Scientists in action to save coral reefs

6 thoughts on “Major research shows that the earth ecology may collapse one by one in the next 10 years!”